Welcome! My name is Rich Hancock, and I am a senior citizen who has found great peace in his old age in the forgiveness that Jesus Christ offers to sinners.

I enjoy reading my Bible and doing podcasts about things I have read. I also program Follow Jesus Radio. The goal of each podcast is to encourage us all to have faith in Jesus Christ and follow Him daily.

Remember, "For God so loved the world that he gave his one and only Son, that whoever believes in him shall not perish but have eternal life. For God did not send his Son into the world to condemn the world, but to save the world through him."

Listen to the latest podcast!

Colossians 1:12-14 NIV
and giving joyful thanks to the Father, who has qualified you to share in the inheritance of his holy people in the kingdom of light. [13] For he has rescued us from the dominion of darkness and brought us into the kingdom of the Son he loves, [14] in whom we have redemption, the forgiveness of sins.

You can trust the Lord

Psalm 16:7-9 ESV
I bless the LORD who gives me counsel; in the night also my heart instructs me. [8] I have set the LORD always before me; because he is at my right hand, I shall not be shaken. [9] Therefore my heart is glad, and my whole being rejoices; my flesh also dwells secure.

Psalm 16:11 ESV
You make known to me the path of life; in your presence there is fullness of joy; at your right hand are pleasures forevermore.

John 1:1-3,5-13 NKJV
In the beginning was the Word, and the Word was with God, and the Word was God. [2] He was in the beginning with God. [3] All things were made through Him, and without Him nothing was made that was made. [5] And the light shines in the darkness, and the darkness did not comprehend it. [6] There was a man sent from God, whose name was John. [7] This man came for a witness, to bear witness of the Light, that all through him might believe. [8] He was not that Light, but was sent to bear witness of that Light. [9] That was the true Light which gives light to every man coming into the world. [10] He was in the world, and the world was made through Him, and the world did not know Him. [11] He came to His own, and His own did not receive Him. [12] But as many as received Him, to them He gave the right to become children of God, to those who believe in His name: [13] who were born, not of blood, nor of the will of the flesh, nor of the will of man, but of God. 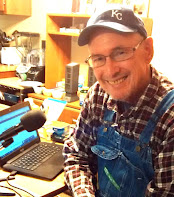 "Remember, Jesus loves you and is just a prayer away"

2 Corinthians 11:3
But I fear that, as the serpent deceived Eve by his cunning, your minds may be seduced from a sincere and pure devotion to Christ.